Talk to Your Local Building Deparment 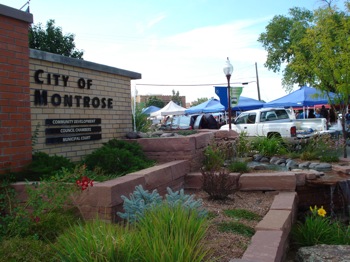 Talk to your Building Department to find out what is permitted

Talk to the local municipal building department to see if a remodel or building project on the property is permitted, before breaking ground.

While a person may have some really nice ideas of design and building, it’s a good idea to understand local building codes.

I have an older stone house, located within a couple feet of a property line on the north-east side of the house. Not sure if I would be able to make modifications or build, I went down to the local city building department to get more information.

I spoke with a kind person who was manning the office during lunch. I rambled through a few different ideas, talking about passive solar tree houses, sheds and other buildings and while I could read an expression mixed with amusement and pity, he gave me information about the possibility of building a structure in the back of the house. This is what I found out. (You need to check your own building codes for the locality that you live in. It’s highly likely that they will be different.)

Structure in back of the house

It is possible to build a shed in the backyard without a permit, if its footprint is under 200 square feet and if it is also more than 10 feet in distance away from the main house. This non-permitted structure must not have a door larger than 6 feet in width, otherwise, it would be categorized as a garage, which is a type of structure that does need a permit.

He was really helpful and reminded me to check where the gas line was located. I suppose that it would also be a good idea to also locate the water sewer drainage that comes from the house so I don’t pour a concrete slab over it only to find out that a leak in the sewer line must be fixed.

I know that I am within 2 feet of the north-east property line and I suspect that this is not something that I should hide from the building department, as they likely have some sort of authority on this issue. I asked, “Okay, so the house is within 2 feet of the property line. Is it possible for me to insulate the present structure, since insulating it would create a situation where I would be extending the part of the house closer to where it is not supposed to be?”

The set back for houses within the City of Montrose, Colorado, is 5 feet from the property line. I think these types of stipulations and regulations are good ideas. They are rational and well thought out, however, I also really want to insulate that really cold portion of the house. Based on the orientation of the city, that side of the house does not receive any winter sun. The kitchen is situated on that side and the only thing insulating the kitchen are the cupboard cabinets. (I dislike it when I get a plate out of the cupboard and cold air whooshes out. It’s also quite dismaying to place hot food on a really cold plate. There have been times when I worried that the temperature difference between the plate and the food would cause the plate to crack. I placed a thermometer into the kitchen cabinet to see how cold it typically can be. I thought of this idea in late April. At that time, the day temperature in the rest of the house is typically around 60 degrees. The cupboard cabinet had a temperature of 43 degrees.)

I did not tell the nice city building worker that my house was this cold. He said that I would need to get a variance and directed me to speak to the assistant city planner. It was through this that I learned a few more aspects of city code and building, particular to my area.

It would be possible to insulate the house near the edge of the property, however, the matter would need to go before the Planning Commission to obtain a variance that would allow the change to occur. The process of getting a variance involves a variance application that would be reviewed by: the building department staff, my neighbors and the planning commission. A public hearing would be scheduled, neighbors would be notified, the planning commission would hold a public meeting and make a decision on whether or not to grant the variance. This process typically takes approximately 5 to 10 weeks depending on when the application is submitted and its relationship to the scheduled meeting dates. There is also a nonrefundable fee of $100 to apply for the variance.

In addition, a detailed site plan also needs to be submitted: one that shows where the current building is, how the land is currently used, what is surrounding the land and what is planned, along with a written statement that I would comply with the submitted criteria.

The cost of the remodel building permit is dependent upon the valuation of the home and the proposed addition. For a building remodel estimated to cost 25 to 50 thousand dollars, a remodel permit is $400 for the first 25 thousand and 10 dollars for each additional thousand dollars projected worth.

There is also a sales construction tax, which the city collects up front. When materials are subsequently purchased, this proof of payment, which is apparently a slip of paper, is shown when purchases are made so that a double taxation does not occur. Apparently half of the building permit fee is for a plan check fee. I’m not sure what that is.

All this, however, is contingent upon getting a variance approved. (I can already tell that this is going to lots of fun.)