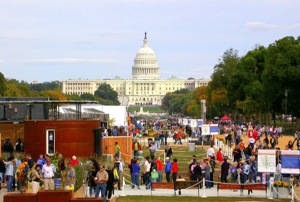 The Solar Decathlon is a global competition that challenges universities to create attractive, efficient, and cost effective solar powered homes.

The Solar Decathlon will be taking place from September 22 through October 2, 2011.

Sponsored by the U.S. Department of Energy, this challenge is a process that takes collegiate teams over 2 years of development. It culminates in the construction and showcase of their solar powered homes.

The 20 teams will travel to Washington D.C. to construct their solar efficient homes to be on display to the public.  These homes are also tested for efficiency and judged on their overall design and perceived comfort by a team of expert architects, builders, designers and representatives from the energy industry.

On January 11, 2011, it was announced that Solar Decathlon would not be held on the National Mall. Instead, it will be held at the location of the newly opened Martin Luther King Jr. Memorial

The 20 Collegiate Teams chosen for the 2011 Solar Decathlon

The team is followed by its home city and the name of its entry links to their conceptual model. 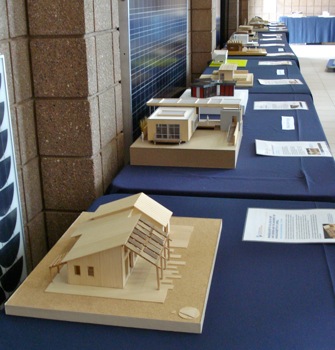 
As I begin writing, we’re currently in the middle of a two year cycle. This past April 2010, the 20 teams were chosen and their models were on display for a week at the National Renewable Energy Lab (NREL). I visited, checked them out and will be writing about them.

The models are quite varied in their design and use of various passive and active solar technologies.