Learning About Your Electricity Use – Kill A Watt 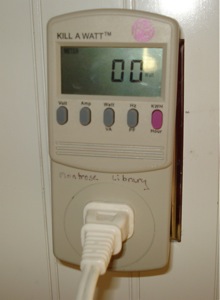 While it can be beneficial to cut down on electricity usage, it’s difficult knowing exactly how much electricity certain appliances use.

I admit that it is easy to take for granted the different modern appliances that have become common household items in America. As my utility bills went up, however, I wanted to learn more about the numbers behind my electricity usage.

There is a device called a Kill A Watt that can be plugged into a regular outlet that shows you exactly how much electricity is being used by a specific appliance. It’s really interesting to watch the numbers change as an appliance draws different amounts for different functions, for example, as a computer starts up it uses more electricity as it checks all its drives and programs, than say, when a word processing program is being used.

It was also somewhat shocking to see how much electricity was being used by electronics that I thought were turned off, but still plugged into the outlet. 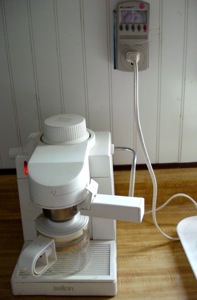 To use the KillAWatt, simply plug the device into an electrical outlet, then plug an appliance into the KillAWatt. I went around the house and tried various appliances, including lamps, my hair dryer and various electronic appliances.

Here is a table of the items tested and their Amps and Watts usage: 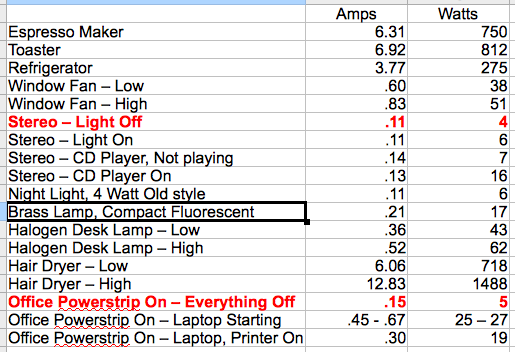 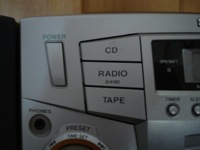 Amazingly, some appliances, mainly electronics, while plugged in but in an “off” position, continue to draw electricity. This phenomena is commonly referred to as phantom energy loss.

What does this mean? Even though the power light may be off, the appliance is constantly sucking power, as long as it is plugged in so that it is warmed and ready to turn on the moment it is needed.  In other words, this phantom electricity draw is constantly sucking energy watts and adding to your electrical bill even when it is not in use. To deal with this, simply pull the plug on the electronic appliance. Lighting and other appliances were not taking extra energy when they were off. 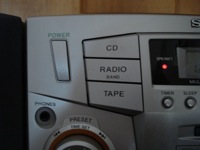 Amazingly, a plugged-in stereo, while “off”, draws more electricity than it takes to charge a digital camera’s battery.

Another big phantom electrical draw came from the office power strip.  When the office power strip had the switch in the ‘on’ position, while all the appliances plugged into it were off, it still drew almost as much electricity as a lamp did (with a compact fluorescent light bulb) while it was turned on.

The lesson learned:  If a power strip is left on while not in use, it will use almost as much electricity as it does when leaving a lamp light on. however, one with a compact fluorescent light bulb.  These newer light bulbs tend to use about 30 to 60 percent less energy than a regular incandescent light bulb.


For a sense of comparison, here’s information about compact fluorescent light bulbs and their energy use.

An ENERGY STAR qualified compact fluorescent light bulb (CFL) will save about $30 over its lifetime and pay for itself in about 6 months. It uses 75 percent less energy and lasts about 10 times longer than an incandescent bulb. 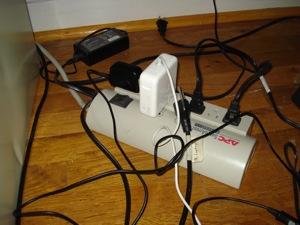 I also found out that the hair dryer sucked up a whopping amount of energy when on the high setting, more than any other appliance that I tested in the house!

I now turn off the power strip every night and pull the plug from the stereo when it’s not in use.

The Kill A Watt is available for free check out from the Montrose Regional Public Library (for a week) or can be purchased for around 25 dollars.