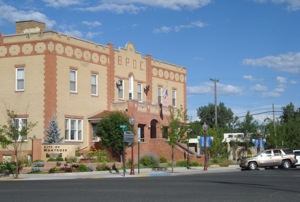 Amazingly, the variance for the house insulation/addition passed. I really wasn’t sure that it would happen after the last Planning Commission meeting.

I admit it. I’m new to the whole concept of building.

I thought getting a variance was a sure thing from the beginning.

Apparently it is not.


At the last meeting the shock of that reality began to settle in as they put the whole matter on hold. In the time between the meeting last month and tonight, I went through the belief that I would fight city if the variance would not pass, to realizing what that would entail, to realizing that fighting it would be a good idea to pass on, to looking at the different options of putting the house on the market.

I even had a listing price for the house ready.

In the summer, the thermal mass that makes up the whole outer shell of the house is doing a really good job of absorbing heat. Because I cut down the trees in anticipation of building, the house is currently absorbing a lot of heat.

It is almost 10pm, and the house has dropped only 3 degrees in the two hours after the sun has gone down. There is a fan that has been pulling the cooler evening air into the house since about 7:30pm, but all the rock that make up the outer walls of the house have been pounded by the sun throughout the day and are currently releasing heat – sloowly.  (I don’t have an air conditioner.)  It’s quite warm. The link will take you to pictures of the sun on the winter (top) and summer (lower) solstices to see how the house is impacted.   Amazingly, all four sides of the house are directly impacted by the summer sun – for hours. Plant deciduous trees! (Although maybe not the same type that were cut down. I cut down what is locally known as Chinese Elm trees. They grow quickly and fall on things. They are categorized as as weed. Plant nice slow growing trees! – And make sure that they are far enough away from the house so that they can grown nicely, but not impact the house.)

I am thankful to the Planning Commission for allowing the variance. I realize that I have work to do. I realize that it’s just a start, but it is a step in the right direction. Thank you.

The value that I have placed in this house is solely within the materials that it is built out of: the sandstone blocks, in essence, it is a block of thermal mass. (It’s also a good looking sturdy house.) If all research is true, then if the sandstone block of the house can be efficiently harnessed so that its inherent ability to store and release the sun’s heat energy can be controlled, then this little project can have the outcome of being a fairly efficient house.

I also realize that building can be very humbling.

(Just so enterprising non-builders are aware, it has taken about two months from when the variance application was submitted, to today’s approval.  And after all this research and love that went into the house, I was offered a job (paying!) in a community 70 miles away, so sold the house and moved away.  But the process of rationalization is still here…)