The CH:IP House from S. Cal Institute of Tech & CIT 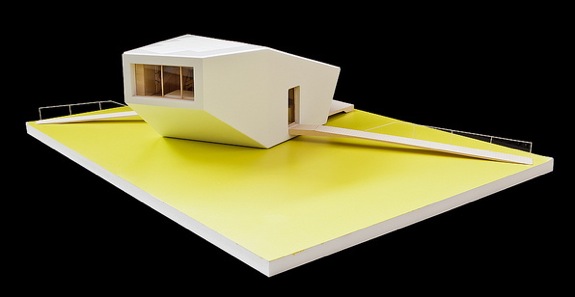 A futuristic-looking house, CH:IP’s overall shape resembles a seal sunning itself on a beach.  Ramps extending out from the sides of the building have the appearance of flipper-like appendages, while a set of windows is located near the upward section of the house, looking as if the windows are the eyes of the creature.

Regardless of how CH:IP may appear to me, it may be really efficient and comfortable house. 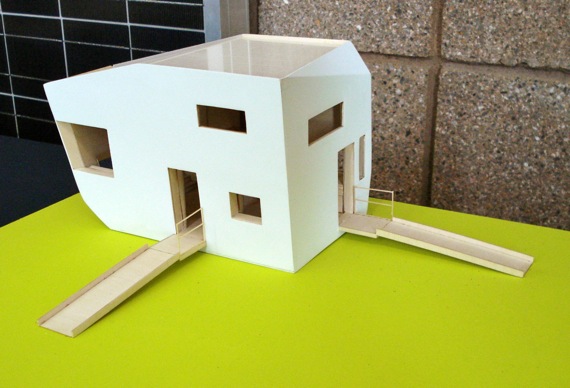 Early version of the CH:IP House from the team from California for the 2011 Solar Decathlon

An earlier version of the website stated that the building was created to help alleviate urban densification, however, it is a structure would seemingly only fit as one house per lot.

This is opposed to a building built as a taller multistory building that could potentially house more people.  I’m not quite clear on how the unique shape will help in achieving “large scale market penetration”.  Could they mean that the building could be placed on smaller lots? Could they mean that it would be affordable, thus allowing more people to purchase it – is that idea what they are equating to “large scale market penetration”?

They also have stated that the house could be adjusted for different site conditions, however, the potential passive solar as well as thermodynamics benefits would be affected as in order to obtain solar gain in the northern hemisphere. The building’s windows, I believe in this case, the lower facing windows would need to point to the south, if they are pointed in any other direction it would potentially limit its dynamic range and cease to be an efficient passive house.


The team has put a lot of thought into both designing and building the structure and has placed other windows in strategic areas to allow natural sunlight into different part of the house.

The combined teams of both SCl-Arc/Caltech schools have carried out tests and simulation experiments to gather data to build the most comfortable, efficient house that they can create for the 2011 Solar Decathlon. 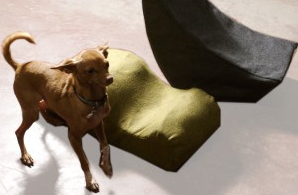 They even have a four legged furniture tester to try out their new designs.

The team also appears to be having lots of fun. In my opinion, learning and fun should have some sort of score in the Decathlon because it is important in the learning process.

See the CH:IP House as it displayed at the 2011 Solar Decathlon.

Check out the SCl-Arc/Caltech schools’ website to see more of Tito and of the progression of their building process: solardecathlon.sciarc.caltech.edu