The IN Home from Purdue University

UPDATE: See the lovely INHome built for the 2011 Solar Decathlon.  It looked like the All-American home, with a garage and biowall.  The following is a review of the model.

The team from Purdue University based in Indiana is creating a house for the 2011 Solar Decathlon called the IN Home.  It will use both solar-based and naturally occurring, passive thermodynamic principles to heat and cool the home.  The home is rectangular shaped, with an angled roof.  This home also uses clerestory windows that may have passive solar benefits. 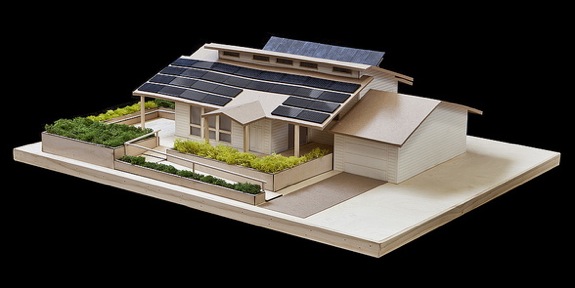 The January 2011 model of Purdue’s IN Home. Photo credit – US Dept of Energy Solar Decathlon

While this entry may look similar to other 2011 Solar Decathlon entries, it differs in that this team has stated that they plan to use natural convective air currents as part of its passive solar heating and cooling strategy. This type of strategy is rarely used, yet occurs everywhere, as warm air will always rise.  (See the example of how cooling towers use natural convective air movements to cool the building at the Zion National Park.)

Usually fans or other mechanical systems help the air current flow in these types of systems.  Warmth is a characteristic that can be measured, calibrated and controlled.  They are planning to allow the house to be controlled and adjusted through the internet as well as through a cell phone ap.  This would come in handy when at work, in seeing the weather dramatically change as it often does, a change to the house controls can be made through an office computer by logging into the system through a smart phone. 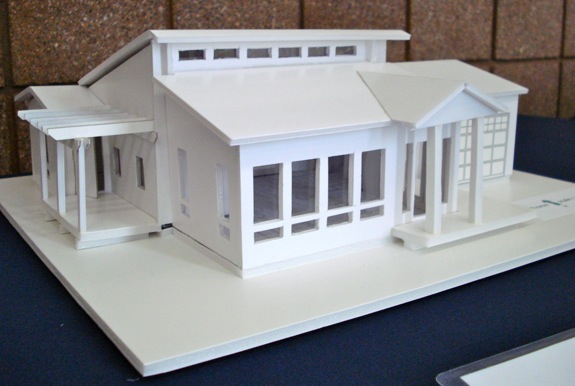 The earlier version of the Purdue IN home.  Clerestory windows appear at the top of the house.

The IN home also has clerestory windows that will help bring natural light into the home and may serve as a passive solar heating technique.

Clerestory windows allow the sun’s heat to reach the back, often coldest part of the house in a passive solar build. 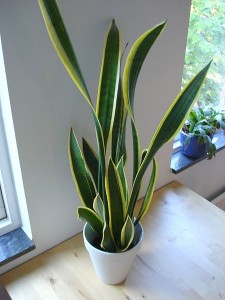 Building upon the other passive strategies, to purify the air in the dwelling, the Purdue team also plans to install a biowall, a vertically hanging garden, which work with the HVAC system to purify the air.

With the idea to use plants to purify the air, a company in India researched and experimented with plants to find three plants that dramatically improved the quality of indoor air.

Not only will passive types of building strategies be integrated into the building, but it will have a modular type of build that can easily be expanded upon. This is a nice option for the budding professional or a growing family. Too often, the only type of housing that is affordable are smaller houses. If this house is purchased, there is no fear for expansion as is it is already an option. It only has to be situated correctly on the lot to build onto.

The integration of active solar will complement their passive solar and convective strategies.  From the latest model, it looks like both photovoltaic panels for energy and some type of solar hot water panels will be utilized.


Because this house is harnessing both the intelligence of passive solar and naturally occurring thermodynamic principles as well as integrating internet control, this can be a strong contender in the 2011 Solar Decathlon.

I’ll be looking forward to seeing this entry in action and to see if the team from Purdue can pull it off.  (And they did!)

See the InHome as it competed in the 2011 Solar Decathlon.