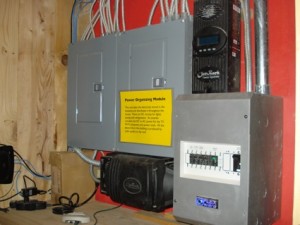 The electricity supplied by the Power Organizing Module (POM) is essentially the system that organizes and collects the electricity that is supplied by solar and/or wind generation sources. Another way of referring to something like this is – an inverter.

In this system, because it is off the grid, it appears that some of the electricity current stays in Direct Current (DC) for some of the DC powered lights, while an inverter converts another portion of electricity into Alternating Current (AC) for other regular household appliances like televisions or a computer.

The current Earthship that is being worked on by interns has a different configuration, yet still being built with recycled materials. 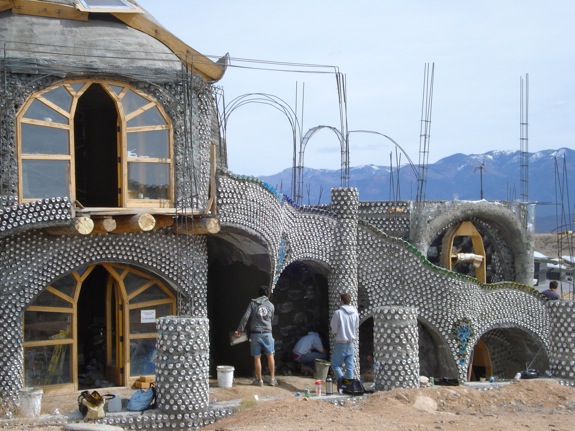 The latest Earthship being built at the headquarters

The rammed earth – recycled tire wall can be seen near the back of the house.

It looks like a concrete mixture is being placed in the space between the tires.

A different mud based adobe mixture is often used to create the walls within the Earthship.

Aluminum cans appear to have been used as filler space within the structure.

Conclusions on the Earthship

The Earthship is truly an amazing system that takes into account water systems, electrical systems and food systems. It uses materials that are readily available and can be built to adapt to different environments.

The designer, Michael Reynolds is a visionary architect, pushing housing in uncharted territory, and indeed, the type of housing is quite innovative. As with many visionaries that push the boundaries of what is accepted, Reynolds voluntarily gave up his architecture license in the state of New Mexico when the state moved to take his license in the wake of lawsuits from former clients who complained about the lack of direct climate control and leaky roofs. He later had his license reinstated by the American Institute of Architects.

The Earthship is also a business enterprise, with the Earthship Biotecture company selling its consultation services or various kits or parts of the Earthship building process.

Amazingly Earthships have become integrated into the real estate market in New Mexico with realtors specializing in Earthships. Here is one of them to check out. http://taosearthships.com.

Indeed, a person could learn a lot from this type of housing as well as from the goals of Earthship Biotecture: to consume less and recycle resources that are readily available. 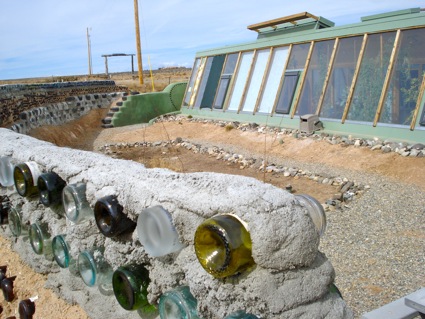 This type of architecture can be built by the average person, uses recycled materials and can create a comfortable dwelling that can either create its own energy and / or use minimal outside electricity sources.

This type of architecture has inspired people to live more sustainably and many people have built Earthship type houses and have modified and made changes to suit their own climate and needs.

Here is a modified earthship style house that used rammed earth tires for the shell of the house, but is built with vertical glass. They also created and installed their own water and off grid electrical systems.

The laws of physics must be taken into account for any type of building. If the living space includes a greenhouse, there will almost certainly be issues with moisture, condensation and mold. 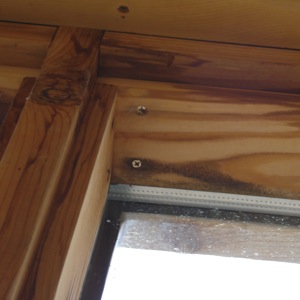 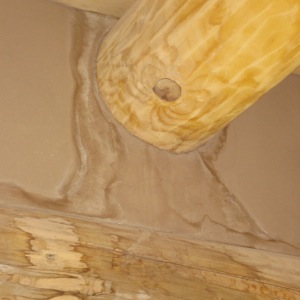 While this type of housing is more integrated with its surroundings, there are a few issues that I noticed.

There appear to be both water leakage issues, as well as mold issues in the latest tour model.

In general, a window is the most vulnerable part of the house. With a wall of slanted windows, there is the possibility for greater water leakage when it rains.

In addition, this type of building is very work-intensive.  A lot of stories that I hear about Earthships include years of work, as well as many ‘in progress’ projects that are still in the works. 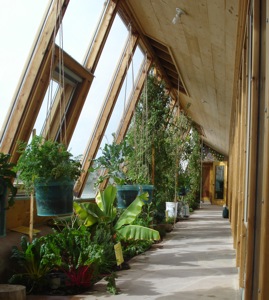 Plants, including the wall to ceiling tomatoes in an Earthship greenhouse

In short, a person must decide upon the pro and cons of this type of dwelling along with with the overall philosophy, goals and desires for a dwelling before diving into a project.

The Earthship Headquarters is located on Highway 64, approximately 7 miles north-west of Taos, New Mexico.  Their visitor hours when I visited were 10 am to 4 pm.