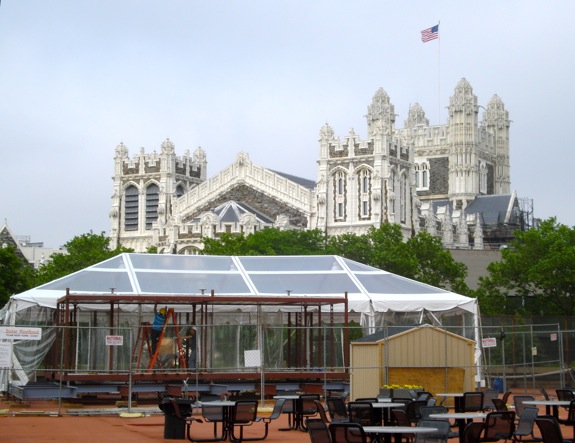 The Solar Rood Pod is being built by the City College of New York Decathlon Team for the upcoming 2011 Solar Decathlon.

As the summer approaches and students across the country prepare to leave university campuses for the summer break, Solar Decathlon team members are doing the opposite, starting to intensify their efforts while logging long hours toward the intensive final stretch of finishing their buildings for the 2011 Solar Decathlon competition.

The Solar Decathlon will take place from September 23 through October 2, 2011 in Washington D.C.

The Solar Decathlon teams will travel to Washington D.C. to construct their solar efficient homes for the competition and to display their projects to the public.

One of the teams that will be represented in Washington D.C. is the City College of New York, The Bernard and Anne Spitzer School Of Architecture with their entry of the Solar Roof Pod.

All the homes in the Solar Decathlon will be measured for efficiency and judged on their overall design and comfort by a team of architects, builders, designers and representatives from the energy industry. 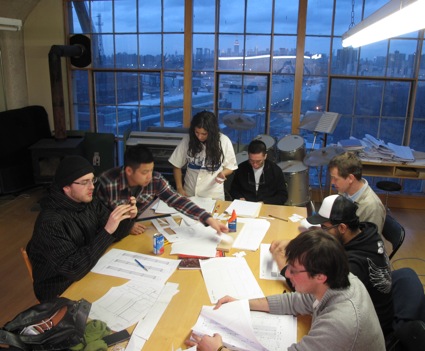 Students have spent long hours researching, planning and designing before even starting the construction phase. Photo courtesy of C. Volkmann.

The road to the podium has already been a long one, with the current teams in the 2011 Solar Decathlon selected based upon their respective solar home models chosen last April of 2010, over a year ago.

Including the effort and work done to create the first model submitted to be chosen to enter the Solar Decathlon, the overall time spent on the project will stretch over two years.

All the teams have spent long hours researching, designing and testing different building plans and materials before finalizing plans and starting the final construction project.

Along the path to the winner’s podium, all the teams will encounter difficulties.

One team from the University of Hawaii has recently withdrawn their home from the Solar Decathlon competition, citing financial difficulties and not wanting to begin the building process without being able to definitively deliver a final home for the 2011 Solar Decathlon. 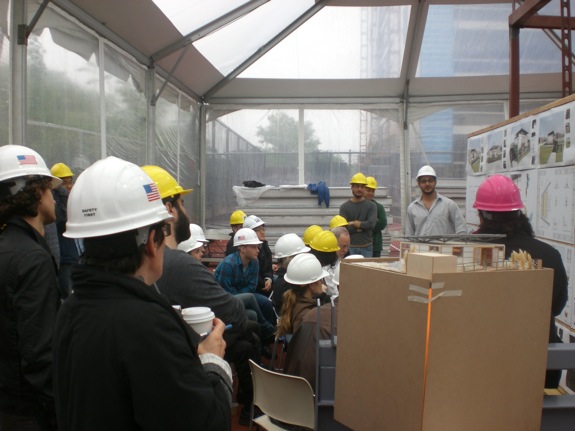 I recently visited the City College of New York’s construction site to see how they are progressing.

Their building, the Solar Roof Pod, is being built on one of the university’s rooftops.

Similar to a traditional decathlon, the final winner will be the one that receives the most points in 10 different categories.

To be successful in the Solar Decathlon, all the different aspects of the team must both work together well and score better than all the other teams. 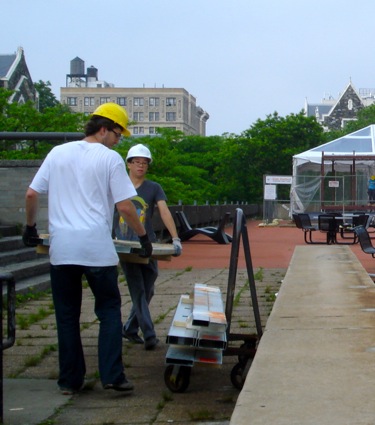 I visited the Solar Roof Pod site at the end of May.

When I was there, the warm heat of summer started a trickle of sweat, triggered by both the heat and the reality that there are currently less than 4 months to build and complete all Solar Decathlon projects before they are transported to Washington D.C. and reconstructed for the Solar Decathlon competition.

Because students were finishing with their spring semester finals, only a few hard working members of the team were working on the project.

The core team is made up of approximately 35 students, while there have been up to 100 students contributing input.

The sounds of New York City, the sirens, the steady hum of traffic, the greasy screeching of breaks, were mixed with power drills and saws. 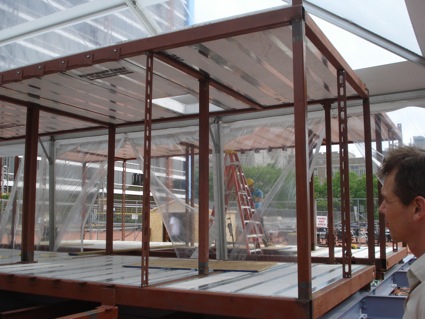 Being constructed on a rooftop, the home is made of two halves that when combined, will complete the house.

In order to work efficiently and utilize the time left, one side of the house is protected by a plastic tent, so in the event of rain, the team can continue to work on the protected, dry side. 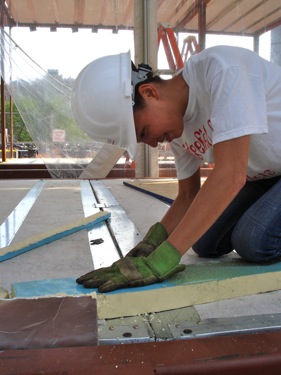 Teicha Villegas makes sure that the house is well-insulated.

While steel beams support the structure from the ground, Thermosteel, a type of SIPS (Structured insulated panel system) is used. A 5 1/2″ Thermosteel panel has an R-value of R-24 and is used for the roof and floor.

Metal also holds the styrofoam in place, while giving it the structure that it needs to support weight. This material is normally utilized in the building of refrigeration trucks.

Because the Solar Pod is being constructed on and destined for city rooftops, the team needed to comply with the NYC fire code, and Thermosteel perfectly suited their needs.

They looked for alternatives to the traditional SIPS, usually made out of polystyrene and shredded wood in the form of OSB (oriented strand board) as they could not utilize wood because of its potential flammability on a hot city roof.
Continue on to Page 2 – More Preparation from CCNY Students and a Photo Gallery