The building style is modern, exhibiting a state of simple grace and elegance.  This owner-built passive solar home utilizes concrete as its priniciple building material. 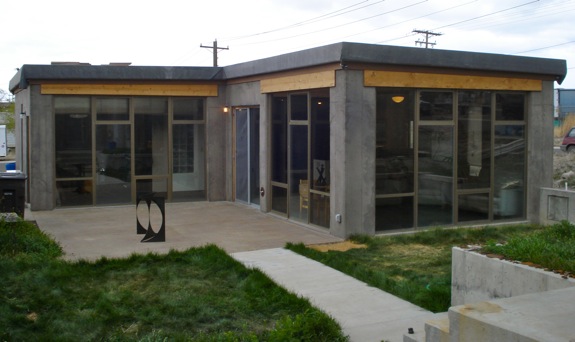 The southern side of this concrete home is dominated by windows. 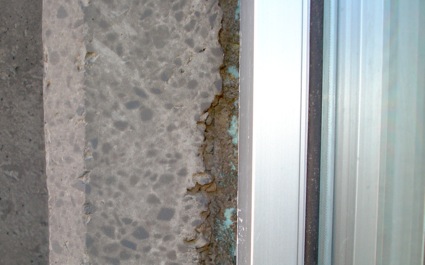 The home is built with concrete that is sandwiched around a core of insulation.

The owner-builder believes that this is the best wall system to keep a constant and stable temperature.

A typical building will use insulation as a means to prevent temperature exchange.   As an example, a stick frame house uses layers of insulation between the 2 x 4s.

Within this concrete wall system, the insulation is also located in the middle of the concrete wall and functions to slow the transfer of heat.  Sandwiched between the outer layers of concrete is 4 inches of extruded polysterene (blue board) insulation. 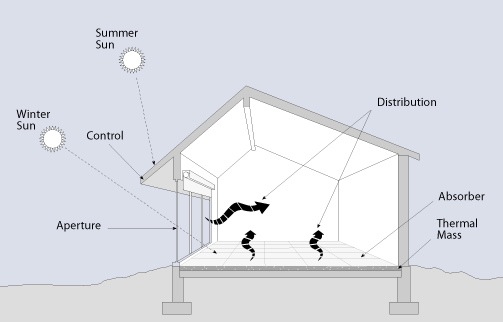 Along with other technologies that work together, passive solar houses are engineered to be cool in the summer and warm in the winter.
Here’s how basic passive solar design works.

On a cold, but sunny winter day, because the windows are situated on the southern side of the home, the house absorbs the sun’s heat energy throughout the day and stores the heat within the thermal mass of its floor and walls.

After the sun goes down, the structure will naturally radiate the heat that it stored throughout the evening and night. 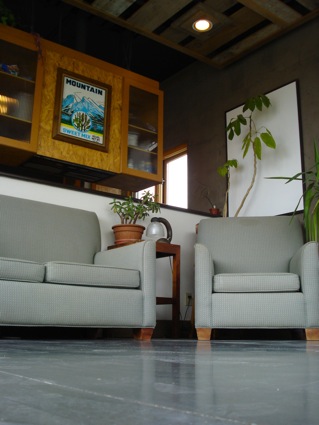 Inside the windows, the living room has a seating area on a gleaming, concrete floor.

Notice the concrete floor in the living room.  The room sits just inside of the southern windows.  Both the floor and the walls are made of poured concrete and have the potential to store solar heat.

During the summer, because the sun travels a higher arc in the sky (photo comparison of the sun during the winter and summer solstice) the sun’s heat is blocked from entering the home.  As a result, the density in the thermal mass stays cool.  In the evening, the home can be opened up to the cooler night air.

This house does not have a mechanical cooling system.

The home is built in Montrose, Colorado, where the temperature in the summer regularly reaches into the 90s, yet on the hottest summer day, the house warms only to about 75 degrees Fahrenheit.  In the winter, while the temperatures can dip below zero, the average temperature on the coldest days is around 65 degrees. The owner’s highest heating bill was $84.

The north side of the house is typically the coldest as it is in the shade.

The house is heated exclusively with electricity.    Built on a 5 inch concrete slab, the house also has in-floor radiant heat with an electric flash, on-demand water heater.

Because it is a passive solar house, the north facing side of the house has only two windows and a door.

Objects with a high amount of thermal mass, such as concrete, inherently work to slow the rate of heat transfer.  The dwelling resists rapid temperature swings because of its mass.

Here are a few other pictures that show the use of concrete and other details of the house. 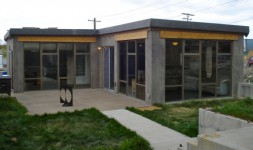 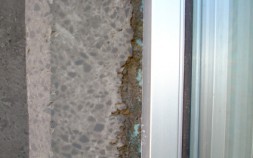 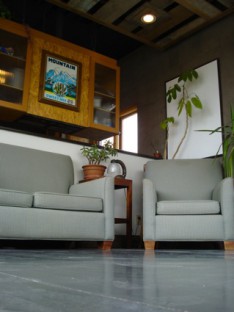 Inside the windows, the living room has a seating area on a gleaming, concrete floor. 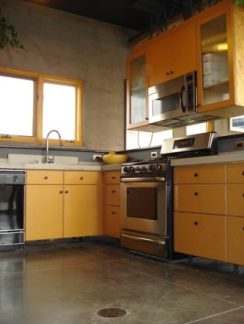 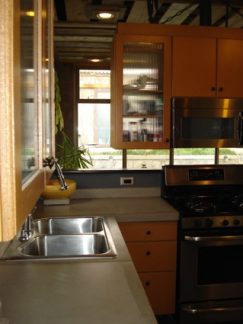 The kitchen countertops are also made of poured concrete 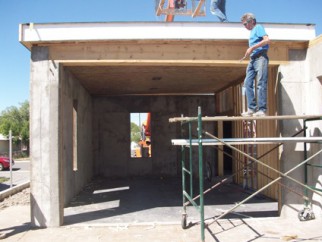 A Structure Insulated Panel System was used for the roof of the home. 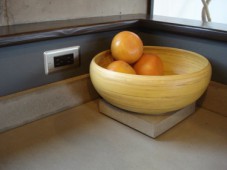 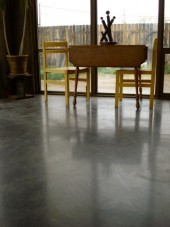 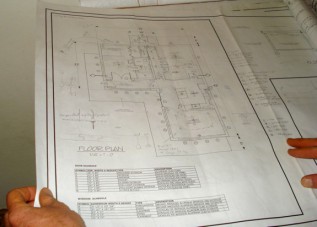 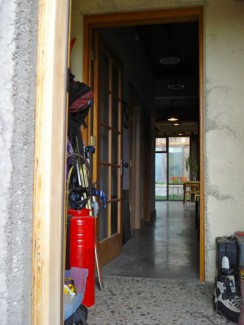 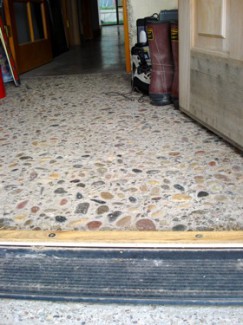 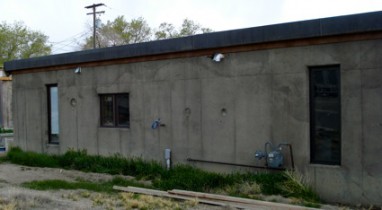 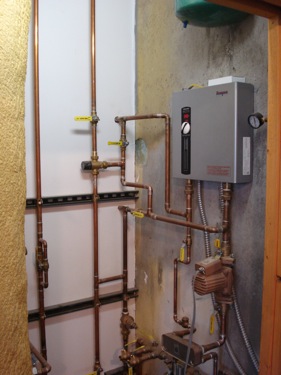 Continue on to Page 2 – See the SIPs roof, more of the Interior and the Radiant Heat Hot Water System