A Modular Home Made from Recycled Shipping Containers

While all the Solar Decathlon homes have been impressive, one that I’ve been pleasantly surprised with is the Y-Container from the Tongji University.  When I first saw the model and tried to envision a shipping container house, I thought that it would be dismally dark and a tad bit depressing.  Yet the exact opposite has been true. The entry from Tongji University was impressive. 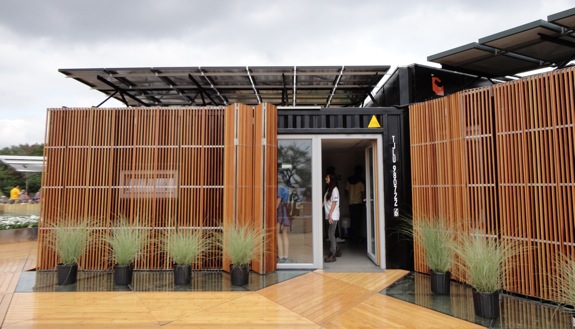 6 recycled shipping containers in the shape of a "Y" were used by Tongji University for their 2011 Solar Decathlon home.

This year, the new Solar Decathlon category of Affordability was added to the competition.  The precedence for the unveiling of this new category occured in the previous 2009 Decathlon when a team from Germany covered their entire structure with 40 single crystal panels on the top, combined with 250 thin-film copper PV panels on all four sides of the house to comprise 11.1 Kw of energy, with the potential to produce 200% of its anticipated energy needs.  As a cloudy day decimated the competition, Germany surged ahead in the production of solar electricity.  Yet, the increased energy production came at a cost.  The estimated cost for the PV covered cube was on the upwards of $850,000 USD.  The other teams cried “Foul!” at the travesty of the situation, thus, the Affordability category was born.  This year, in order to receive the maximum amount of points in the Affordability category, the house needs to cost under $250,000 USD to build.

The shipping container house has PV panels topping the home

To comply with this new category, the teams strategized ways to drive down the cost of their projects.  The team from China explained that by using recycled shipping containers that are structurally strong yet inexpensive, it allowed the cost of the home to be affordable, thus a larger solar array could be utilized.

The shape of a Y is the junction where the 6 shipping containers meet. Each prong was comprised of two containers joined together to make up different modules of the home.  Two of the containers were used as a private sleeping space, the other was comprised of the kitchen and bathroom, while the third extension comprised the entertainment area. 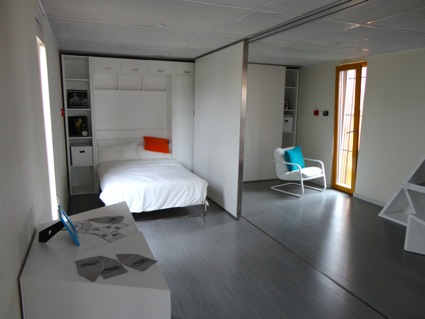 The rooms could be partitioned with a movable wall on tracks.

The shape of the two shipping containers can be seen as a division between the (potential) bedroom and sitting room.

I use potential because the partition seen between the bedroom and the sitting room is on a track and can be moved throughout the house.

The other movable panel is located by the chair with the blue pillow and can be slid along the rails to open up the space, or to provide privacy.

The Murphy bed folds into the wall to provide more usable space if it is necessary. 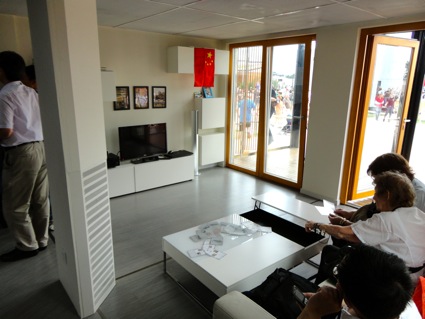 Another wing of the house was used as an entertainment room.

The white modular furniture reflected the light and gave the impression of a much larger space.

The space seemed ample in its proximity, and a nice space to entertain, it seemed to be one of the largest spans between the sitting space on the couch, and the television.

The house was less than 1000 sq. feet, yet even while filled with people, there seemed to be ample space. 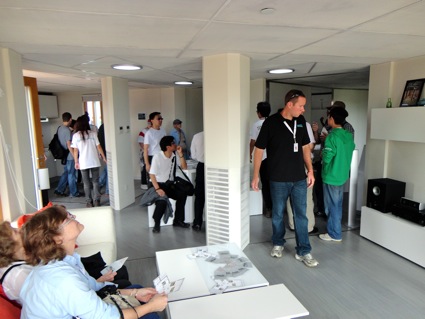 As I toured the Solar Decathlon homes, when in groups of people numbering 8 – 10, sometimes the spaces seemed very small, yet this house seemed to be able to accommodate a large amount of people.

Perhaps it was the open configuration that existed at the junction of the “Y” shape.

The pictures were taken on a cloudy overcast day yet the area furthest from the windows seemed well lit.

At the center of the Y, three solar light tubes accentuated the amount of natural light in the space situated furthest from the windows.

See the photo gallery and video below for more information about the Y-Box from Tongji University. 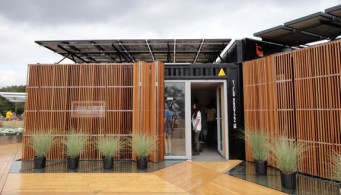 6 recycled shipping containers in the shape of a “Y” were used by Tongji University for their 2011 Solar Decathlon home. 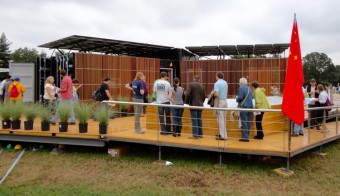 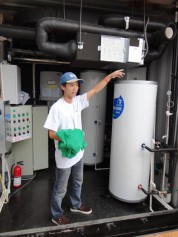 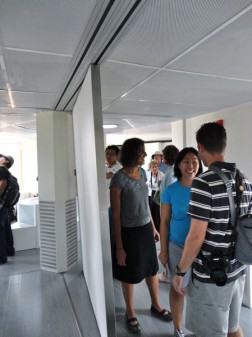 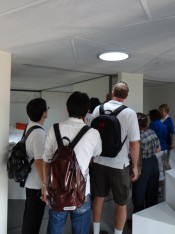 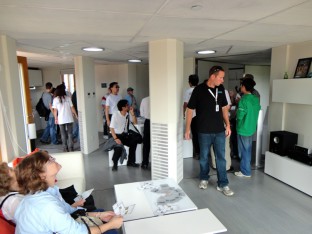 Tongji University was awarded 7th place in both Architecture and Engineering.  They finished the 2011 Solar Decathlon in 15th place overall. 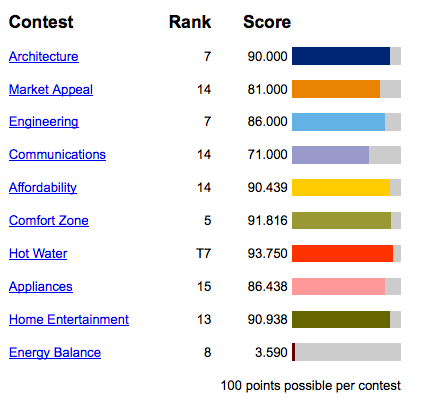 China's scores for the 2011 Solar Decathlon

See the original review of the model they submitted.