The Icarus Sundial and Other Sundials 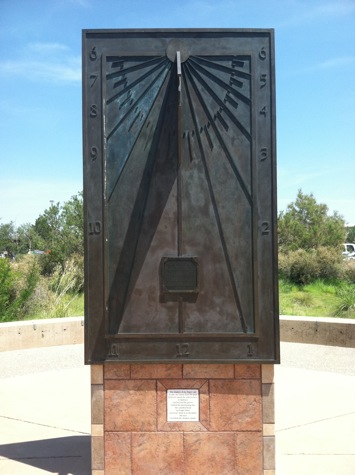 The Icarus Sundial in Albuquerque

Since humans have roamed the earth, the sun has been used to indicate the passage of time.  On a simplistic level, as the seasons changed, people would look up at the sky to gauge how much daylight was left before the sun set. On a more complex level, sundials allowed for a more precise method of keeping time.

I was walking in Albuquerque, NM, and came upon a sundial. It was amazingly and surprisingly accurate.  I started doing research on sundials and found out a few interesting things.

Sundials are said to have been introduced to Greek society by Alexander of Miletus (modern Turkey) around 560 BC from Babylonia. The ancient Egyptians and Babylonians both used the sun as the inspiration for the creation of obelisks and shadow clocks.

A sundial can determine the time of day as it casts a shadow or a sliver of light onto a surface that is marked by numbers or other symbols that indicate a measurement of time.

The Icarus Sundial sits in the gardens of the Museum of Science in Albuquerque, New Mexico.

Its gnomon, which is ancient Greek work for ‘indicator’  casts a shadow onto the sundial’s face, which is lined with numbers.  The numbers are in a different order than on an analog clock watch that we are used to.  On the Icarus Sundial, from the top, the numbers on the right side descend from 6 to 1, while on the left side of the clock, also from the top, the numbers ascend from 6 to 12. 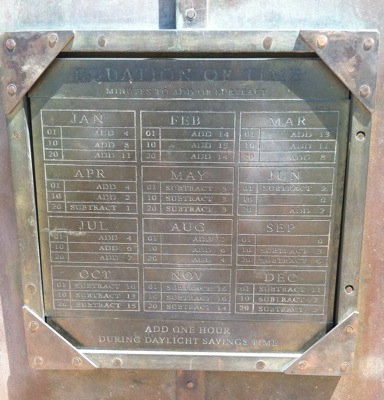 The ‘key’ below the sundial allows for addition or subtraction depending on the time of year to indicate accurate time.

Because the sundial is fixed to the ground, in order to give an accurate time throughout the year, (as the sun will cast a different shadow through the seasons) a key sits below the sundial to allow for adjustments.

One looks at the current month, factoring in the approximate time of the month, to add or subtract minutes.

Accounting for daylight savings (which adds an hour) and looking at the key below (to add ten minutes…) look to the top of the shadow, the sundial shows approximately 11:55 am.

A poem below the sundial

The poem below the sundial reads:

The shadow of my finger cast
divides the future from the past
before it stands the unborn hour,
in darkness
and beyond thy power.
Behind its unreturning line
the vanished hour
no longer thine.
One hour alone is in thy hand,
the now
on which the shadow stands.

The gnomon (the ‘g’ is silent) must point toward true north in order for the sundial to work. Other calculations must be made to determine the angle that the sundial must face for its specific latitude and longitude. 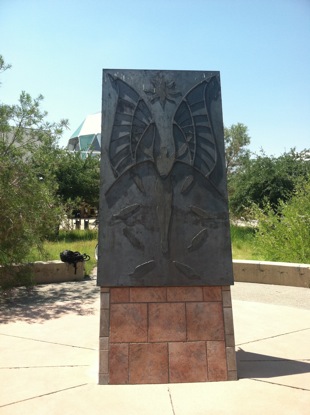 The back of the Icarus Sundial

The back of the sundial works with the sun’s shadows to highlight Icarus’ wings into a striking piece of art work.

This sundial was made by the Schiavone Studio in Taos, New Mexico.

The ancient Greek legend of Icarus is based on the story that he was given wax wings by his father, Daedalus, and told not to fly too close to the sun. Because of the thrill and the power of flight, Icarus was overcome with the excitement of flying and instead flew too close to sun, that melted his wings and caused him to fall into the sea.

The sun has predictable movements and is the major source of light and heat. Why not build passive solar buildings that harness materials and the sun’s predictable path to naturally stay cool in the summer and warm in the winter?

After being wowed by the accuracy of this sundial, I did some research and found other sundials that can be found below. 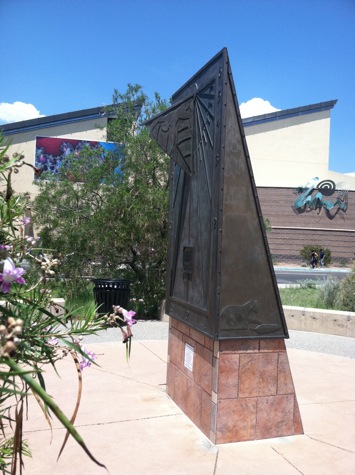 A side view of the Icarus Sundial showing Icarus falling from the sun. 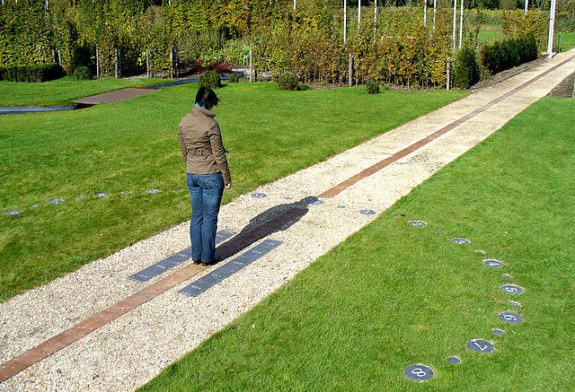 The person acts as the gnomon, the shadow indicating the time. Photo source: Wikipedia, by Willy Leenders

This is a horizontal sundial at the Minnesota Landscape Arboretum. Photo source: Wikipedia by SEWilco 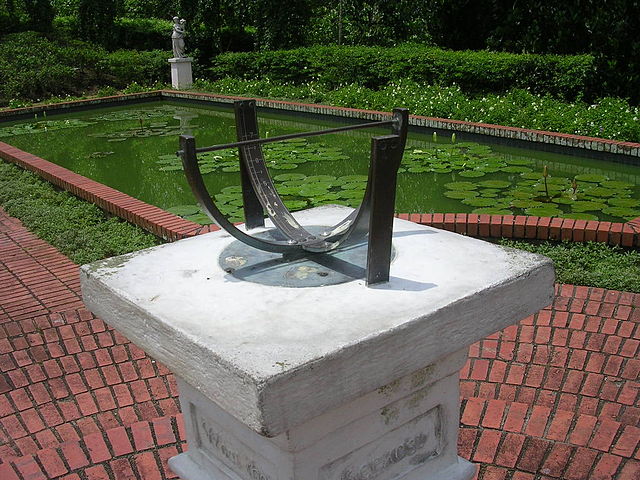 This sundial is in the Singapore Botanic Gardens. The time is engraved into the metal arc. Source: Wikipedia, by Michael Coghlan

Here is a link to Wikepedia with more information about the predictable nature of the sun with Sundials.