This is the start of “Why I did a Styrofoam Recycling – Building Project“.

– After moving out of the mountains to the Front Range (Denver-Boulder area), I was amazed at the amount of waste generated in cities. I was starting to get a little depressed, then instead decided to do something about it. I wanted to re-utilize a waste material with inherent strengths. My target: Styrofoam. 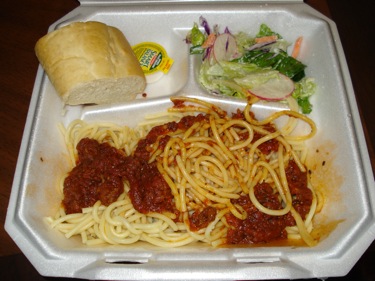 After deciding to do something, I started researching it.

The product often referred to as ‘Styrofoam’ is a type of polystyrene foam. It is also known as extruded polystyrene and has a great insulating properties.

Made from petroleum, it is commonly used around the world for food items such as drinking cups and ‘to-go’ food containers, while it is also widely used as packaging for various types of products that range from electronics, appliances, lamp shades to ceramic pots. 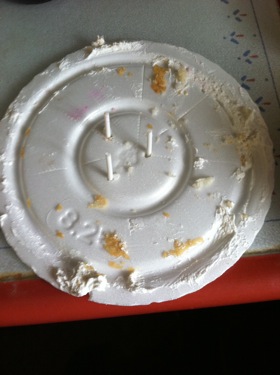 #6 Styrofoam is everywhere, the only bad part is that it will continue to be – forever.

As I began paying more attention to polystyrene foam, I soon saw it everywhere: the bottom of a cake bought at a grocery store, to-go drinks, take home food containers and even those used in fundraisers for the senior center. As I took walks I saw it in fields, next to the road, and under fences.

I also found out that polystyrene can come in many forms. In a solid state, it is used for different products as CD cases – to yogurt containers. When it is in the foamed, extruded plastic state, it is often referred to as Styrofoam. While polystyrene was first discovered and identified in the 1830’s by Edward Simon in Germany within its solid state, the American company Dow Chemicals began making extruded polystyrene foam in the 1940s.

It’s ubiquitous. It’s everywhere, except in the communities where it is banned. (Monterrey county found it littering its natural beauty, the draw for most of its tourist-based, and the major contributor to its economy. And rightly so.)

This ubiquitous waste material has great insulating properties. The claimed R-value of Styrofoam is R-5 per inch. 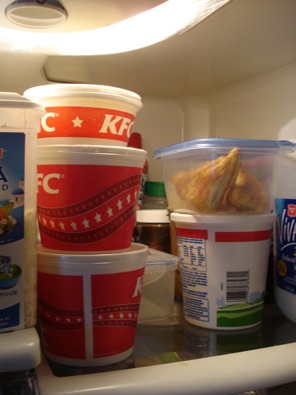 A problem arises because no known property breaks Styrofoam down once it has been made. The same Styrofoam container that a person used for his or her leftovers for 12 hours will be around for the next 500 years. In other words, it will be around longer than your lifetime and 25 sets of your potential offspring and yet, polystyrene is one of the most widely used type of plastics.

I wanted to do a project that utilized materials that would otherwise go to a landfill since there aren’t recycling facilities that actually utilize food grade expanded polystyrene.

I began a project of collecting it, with the goal of making recycled extruded polyurethane SIPS (structured insulated panel system).

So, to kick-start this project, I began by doing some local research. I first called local recycling company that services the north Denver metro area. They said that all recycling that the company picks up goes to Boulder County Recycling Center, where it gets sorted.

I called the Boulder Recycling Center (since the county of Boulder has a zero-waste stream goal) and asked if it was possible to get the Styrofoam that they didn’t recycle. With disgust and disdain, the woman I was talking to said, “No.” and informed me that “Food grade Styrofoam couldn’t be recycled and that it was a putrid, disgusting material that leached carcinogens into the groundwater.” But also that it went into the landfill and that they would not give it to me. 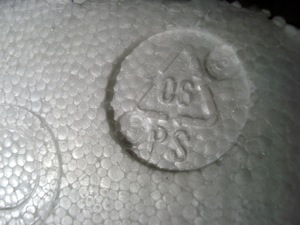 While expanded polystyrene typically has a #6 recycling icon on it, it’s misleading because the facilities to recycle the material into new products only exist in a few states. If recycling can be done, can be potentially toxic to the environment because of the use of benzine in the recycling process.

Have you ever placed a ‘to go’ container in the microwave and made it too hot? The foam might have melted into your food and released benzine, a known carcinogen, into your food. Just something to keep in mind.

Conclusion of Research, Start of the Styrofoam Project

The product has great insulating properties. To keep it out of landfills, I wanted to use it to make passive solar houses and sheds. (Insulation is typically a type of fiberglass or a petrochemical anyway.) Unless one builds with adobe and straw, which I’m all for, usually some type of petrochemicals are used in the building process. 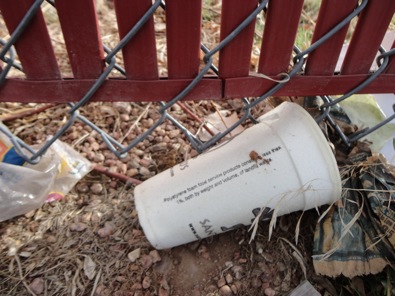 When it is recycled by using it in a way that binds it together in a way that can placed within the walls of a build, it can be beneficial as insulation. If used in this way, it would keep Styrofoam out of the waterways, away from marine animals, from birds, fish, turtles, amphibians, that all eat the stuff, then die.

I also found that there are huge, swirling patches of plastic and expanded polystyrene swirling in the ocean. Known as dead zones, nothing but plankton can live in these dense zone of plastic – dead water. They are low-oxygen areas that are referred to as being hypoxic. These dead zones are concentrated near coastlines where human trash (sewage, fertilizer, petrochemicals) makes it way toward the ocean and other bodies of water. The largest documented dead zone was over 27,000 square miles (700,000 square kilometers).

This is part 1 of 3.  Part 2 – How Styrofoam is Used in Building.  Part 3 – How to Use Recycled Styrofoam for Building. (I made wooden forms and placed to Styrofoam inside to make continuous Styrofoam blocks.)