Warning: Attempt to read property "ratio" on null in /home/greenpass/www/www/wp-content/plugins/tiled-gallery-carousel-without-jetpack/tiled-gallery.php on line 554


The Solar Decathlon team from Ohio State created a home called enCORE.  I was interested as to how this house would turn out, as the original model had a roofline that funneled the rain water into the middle of the house to be filtered and reused.

This home, however, changed dramatically from its first public model.  The most memorable feature was the interesting plastic siding. 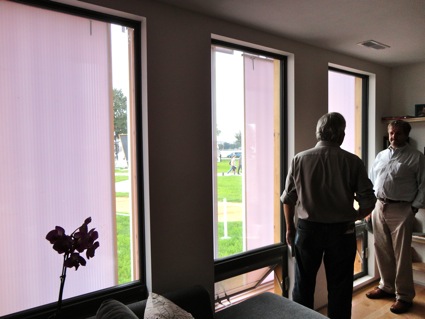 The outside panels slid to block the sun from entering the house.

When I visited this house during the Solar Decathlon, while all the other teams gave informative tours, the Team from Ohio did not offer any additional information.  Thus, this article is based off of observation and the scant material that they provided.

The outside of the house had sliding panels that appeared to be a plastic product.

It would be interesting to see how this material weathers in the sun. I suspect that it would take a beating. The plastic panels were on a rail that allowed them to be positioned to block the sun from entering the house.

It seems that the wind could wreak havoc on this house.

I also thought the house had a dark and had a muted feeling. 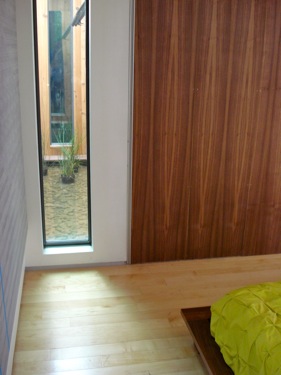 There was an area that collected water between the porch and living area within the main home.

Scenes of water were nicely integrated into the overall design.

There was a system that filtered rainwater, however, I’m not sure if the water garden seen outside the bedroom window was part of the water filtration system.

This was a nice touch, but it did not seem to have integration with the surrounding environment like the house from the University of Maryland.

There were some interesting space saving features in the house.

The University of Ohio was an early leader of the 2011 Solar Decathlon with first place finishes in the important Comfort Zone category and they tied for 1st in the Hot Water category. The also had a 3rd place finish in the Energy Balance Category.

The team from Ohio had good placings in important categories, however, they fell short in the overall PR category, especially where the greater public is involved. They simply did not do a good job communicating aspects of their house during the tour.  It’s something to keep in mind when participating in the Solar Decathlon, otherwise bloggers will write very uninspired articles about your Solar Decathlon home, while gushing and raving about others.

There is more information to be gleaned about enCORE by viewing the photos and video below.

The front porch area was somewhat enclosed. This is a panaramic shot that wraps around the north side of the house. 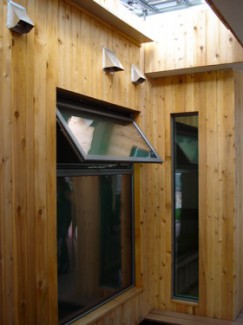 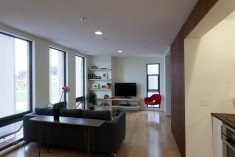 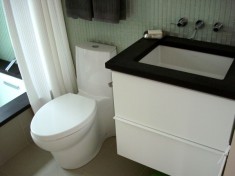 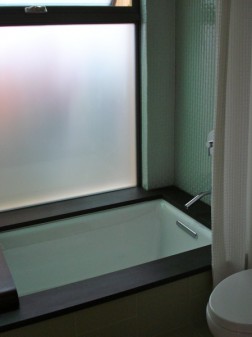 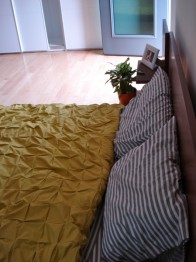 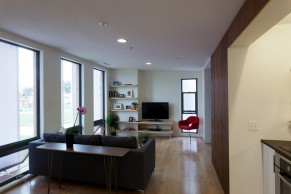 While an early leader, the team fell to 5th place overall in the 2011 Solar Decathlon. 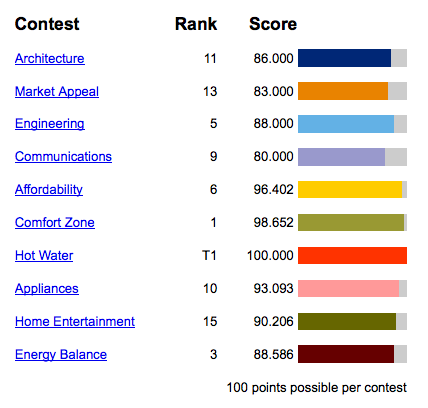 A screenshot of the overall scores for the University of Ohio’s Solar Decathlon home called enCORE.

See the original model that was submitted to the Solar Decathlon.